Joined 12 mo ago
·
19 Posts
Hi friends I want to if becterial infection spreads from one Loft to another.
I have a Three lofts,in my first loft I keep all my old birds who are ok in my second loft I keep my Birds who have passed quarantine time i.e 45 Days and the third loft I keep All the new birds who I get.First I feed the pigeons of first and second Loft, then I feed the pigeons of third loft plz advise do need to change my clothes every time I feed the birds in third Loft.and is thier any chance of Becteria entering my first and second loft if I use the same clothes for All lofts ....Plz share ur Knowledge👍

i want to keep pigeons but i cant
Joined 21 d ago
·
62 Posts
it always depends on the breed of pigeons, their age, where you live, which disease, what other birds are interacting with your pigeons, etc.

i want to keep pigeons but i cant
Joined 21 d ago
·
62 Posts
wait, im searching 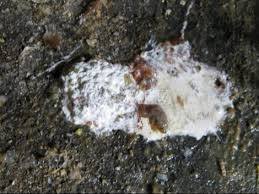 Diarrhea in poultry is one of the commonly noticed sickness or disease in any poultry farm globally. They are also common to backyard birds rearing in rural areas in India..
This problem is very common & pose a little challenge to the farmer or poultry keeper.Daily we get calls from poultry farmers regarding white diarrhea in their birds.This problem becomes havoc in winter season.Most of the mortality among backyard poultry takes place due to this problem.In biological term it is nothing but Pullorum Disease or Bacillary White Diarrhea,It is also also called Salmonellosis
Pullorum disease (PD), also referred to as bacillary white diarrhea, is an acute septicemic disease affecting primarily chickens and turkeys. It is caused by the Salmonella enterica subsp. enterica Gallinarum-Pullorum bacterium. It is one of several different diseases that are collectively referred to as Salmonellosis. PD rarely occurs in commercial poultry anymore, however it is quite common in backyard flocks.
• Disease caused by one of the two poultry-adapted strains of Salmonella bacteria, Salmonella Pullorum, this usually only causes mortality in birds up to 3 weeks of age. Occasionally it can cause losses in adult birds, usually brown-shell egg layers. It affects chickens most commonly, but also infects turkeys, game birds, guinea fowls, sparrows, parrots, ring doves, ostriches and peafowl. It still occurs worldwide in non-commercial poultry but is now rare in most commercial systems.
Morbidity is 10-80%; mortality is increased in stressed or immunocompromised flocks and may be up to 100%. The route of infection is oral or via the navel/yolk. Transmission may be transovarian or horizontal mainly in young birds and may sometimes be associated with cannibalism. The bacterium is fairly resistant to normal climate, surviving months but is susceptible to normal disinfectants.

Gross lesions may be seen in chronic disease, but are usually absent in peracute disease. When present the following may be seen:
• Enlargement and congestion of liver, spleen and kidneys,
• Yolk sac retention, with yolk appearing creamy or caseous,.
• Lung and heart may have white nodules, pericardium may be thickened, with yellow or fibrinous exudate,
• Gastro-intestinal tract – may have white nodules on the gizzard, caeca, large intestinal wall.
• Caseous cores may be seen in the caeca.
• Joints may be swollen with yellow viscous fluid.
Grey nodules in lungs, liver, gizzard wall and heart.
• Intestinal or caecal inflammation.
• Splenomegaly.
• Urate crystals in ureters.
CRD IN POULTRY-LAYERS – Pashudhan praharee
Diagnosis———–

From infected birds, their faeces and their eggs. Ingestion of contaminated food, water or bedding, and contact transmission; also mechanical spread by humans, wild birds, mammals, flies, and on trucks, feed sacks. May occur in newly-hatched birds due to trans-ovarial transmission.
Risk of introduction:
Pullorum could be introduced by importation of live infected chicken, hatching eggs. The bacteria can also be found in poultry meat but contamination of poultry flocks through this route is at low risk.
Control / vaccines:
Live and inactivated vaccines are available for fowl typhoid in some countries.
If introduced control should focus on eradication of the disease through isolation and destruction of contaminated flocks, proper disposal of carcasses and disinfection of fomites.

Sulphadiazine, Sulphamerazine, sulphapyrazine, Sulphamethazine are the most effective in chicken (not in turkey poults). Furazolidone is effective. Also chloramphenicol, colistin and apromycin are effective. No vaccination practised and all positive birds may be disposed off by slaughter. Birds recently vaccinated with S. gallinarum (9R) may give low titre. Since Tran ovarian transmission of organism is there, only eggs from salmonella free flock should be used for hatching. No treatment is likely to effect complete elimination of carrier from infected birds
Amoxycillin, poteniated sulponamide, tetracylines, fluoroquinolones
Homeopathy For chicks with white foamy diarrhea administer Calc carb + Cala phos, and for adult birds with greenish brown diarrhea administer Sulphur and Ipecac .
Always disinfect incubator and all associated equipment prior to use Minimize exposure to environments contaminated by rodent or wild bird feces. Practice good insect control Properly dispose of any dead animal carcasses, do not allow birds contact with dead or decaying animals.

Eradication from breeder flocks. As with other salmonellae, recovered birds are resistant to the effects of infection but may remain carriers. Vaccines are not normally used as they interfere with serological testing and elimination of carriers.
Prevention focuses on a clean and comfortable environment:
• Check feed for mold spores
• Provide fresh, clean water
• Keep the pen dry
• Check for vent prolapse – blowouts can result in diarrhea
• Add two tablespoons of vinegar to a gallon of water for drinking
• Try a probiotic such as yogurt
There are a number of simple steps you can take:
• Feed your birds a commercial, good quality pellet.
• Ensure feed is fresh, dry and in date and suitable for species and age of bird.
• Supply fresh drinking water in clean drinkers.
• Try to get rid of puddles in the range as these often contain lots of harmful bacteria and for some reason birds like to drink from them rather than their drinkers
• Regularly clean and disinfect your poultry coop using a detergent followed by an approved disinfectant such as korsolin th, vircon-s etc.
• Always worm your birds with –Albendazole/fenbendazole etc at least every three to four months.
• Give —Probiotics powder— every four to six weeks to top up the good bacteria in your birds gut
• Give your bird —anti toxin /—-livertonic syrup-on regular interval in its feed, this contains Biomos to absorb fungal toxins, mannanoligosaccharides to bind to harmful bacteria therefore stopping the harmful bacteria binding to the gut and chelated minerals allowing them to be more readily absorbed

Joined May 5, 2011
·
6,002 Posts
Can you post a photo of the droppings? What are the symptoms? Have you checked for canker inside the beak and back of the throat?

i want to keep pigeons but i cant
Joined 21 d ago
·
62 Posts
you should try to exercise them
there are many bird toys in amazon
most are sold for parrots, but they can be used for pigeons also

Joined Sep 3, 2012
·
92 Posts
khar khar , reflects it has upper respiratory infection, it has mucus as well. Try DoxyCycline and some good nasal drops.


Ieshu said:
Thanks Victory but I thoroughly checked them I heard Khar Khar Sound and Loss of body condition
Click to expand...