Joined 16 d ago
·
4 Posts
My pigeon has been with me for a few weeks and had been eating fine, but recently he's been eating less and less seeds. I'm not sure if he's sick or if he's just tired of seeds but idk what to do. He shows signs of wanting to eat and drinks plenty of water but when I try to offer him different things like cut up carrots or apples he just pecks at them. I noticed he hates stuff that are wet? For example if I give some cucumber he would shake his head each time it touched his beak. Anyway im not to sure what I should he's been like this for a few days and I'm starting to get worried abt his weight.

Are the seeds that are being rejected all from the same source (same commercial seed mix)? If so perhaps they are in some way tainted. Try serving him seeds from another source and in a different/clean dish. White rice from your kitchen for instance. If he eats the rice then I'd guess that there is something wrong with his regular seed mix.

Wet veggies and fruit are the last things the feral pigeons here eat when they are mixed with seeds, but they do eat them eventually.

He ls a less than a year old (from what I was told) and his droppings is light brown and isn't always clumped together like the other pigeons I've had.
A little bit of back story my friend and I found him in a canal and saved him but was fine for the most part but his wings were already clipped so im not sure if he's just a wild bird someone tried to raise or if he's a pet that ran away. He's unusualy friendly to people and is very tame for a "feral" pigeon. He follows me everywhere and when I bring him outside he doesn't seem very interested in trying to leave or forage.
As for the seeds I started him off with pigeon/dove mix and tried him on budgie mix (which he prefers being hand fed) and wild mix (his least favorite) but he only eats a few seeds from each tho I haven't tried rice yet so I'll keep u updated.
also thanks for replying I disn't think anyone would respond

Joined Apr 23, 2016
·
1,173 Posts
He's very cute and looks more than a month old, but less than three months old (the operculum at the start of the upper beak usually turns white between two and three months of age.)

The droppings definitely look like something is amiss with his digestion of food because the fecal material isn't homogenous and it should be consistent. Given his age and that he isn't with his parents, I'd bet that probiotics would help. Avian / bird-specific probiotics would be good, but even just a tiny bit of yogurt with "live cultures" mixed onto seeds would supply some friendly / beneficial bacteria that are normally found in the intestines and which help in digesting food. Feeding seeds that have the hulls removed may also help, as the hulls are generally fiber that is more difficult to digest. A bit of grit such as seed-sized pieces of crushed egg shell (boiled to eliminate bacteria) might also help him to grind the seeds more thoroughly, and it provides extra minerals as well.

Joined 16 d ago
·
4 Posts
Do u know of any place that sells avian/bird-specifics? most of the pet or vet places around my area cater more to cats and dogs. Also i forgot to mention he sometimes shakes? or like quivers? He stops sometimes when I pet him or hold him but do should i get something for that? 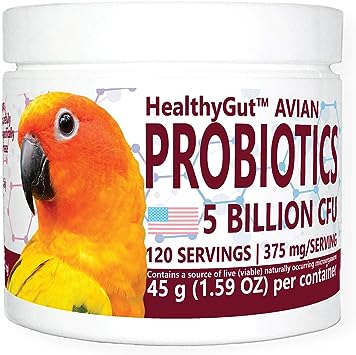 Young pigeons shake, squeak, shrug their shoulders, and sometimes flap their wings when they want to be fed. He's probably hungry.

Joined May 5, 2011
·
7,288 Posts
It's also possible that he can only eat a specific type of seed and has never learned to eat the others. Fill his bowl with the seeds you normally give and check which ones disappear first. If this happens every time, then he needs to learn to eat other seeds as well.

Joined 16 d ago
·
4 Posts
Thank u guys for ur help I'll get the probiotics and see how it goes, I still have a few questions so I'm glad this site exist ^^
1 - 8 of 8 Posts
Join the discussion
Continue with Facebook
Continue with Google
or sign up with email
About this Discussion
7 Replies
3 Participants
Last post:
Iowa lino 15 d ago
Pigeon-Talk
A forum community dedicated to pigeon owners and enthusiasts. Come join the discussion about breeding, shows, racing, performance, health, behavior, housing, adopting, care, classifieds, and more!
Full Forum Listing
Explore Our Forums
General Discussions Sick or Injured Pigeon and Dove Discussions Archive - General Discussion Homing & Racing Pigeons I found a pigeon or dove - now what?
Recommended Communities