Joined 7 d ago
·
5 Posts
Hi, I am really worried and would be grateful if anyone could give any advices!☹🙏

I have two young male pigeons, ‘Cake’ is 7 weeks old and ‘Ice-cream’ is three months old.
I have brought Ice-cream to the vet when he was one months old, he was around 232g at that time and I was told that he’s a bit underweight. I have been both hand feeding, and letting him eat by himself. I also weight both of them daily and on June 18, Ice-cream weights 281G, while the younger one, Cake, weights 306G.
By comparing the appearance of the two of them, I have noticed that Ice-cream looks smaller/ thinner than Cake, which worries me a lot because he’s two months older and should be heavier?
This morning, when I was observing the two of them, I noticed that Ice-cream has less feathers on his chest, I flipped him over to see clearly. And I found out that his chest bone/ keel bone isn’t straight and locates in the middle. ( please see the photos I have attached ).


I have also compared Cake’s keel bone, which looks very straight and is in the middle. It seems that there is a bent in Ice-cream’s keel bone and it’s worrying me a lot. Could Ice-cream be injured or was he born with deformity? P.s. They are both indoor pigeons, they have a cage, but are also allowed to come out of the cage and fly around the house during daytime. They are not racing pigeons, and won’t go outdoors

I am located in the UK, Nottinghamshire. The vet that I brought him to doesn’t seems to have much experience with pigeons. Do you guys have any recommended avian vet located in/ near Nottinghamshire? -If not, I am willing to bring him to another city.

Thank you so much for your time and please help!☹

I have been feeding different kinds of seeds to both of my pigeons. Ice-cream cannot pick up bigger seeds, the biggest sizes he can pick up and swallow is wheat. He wants to try bigger ones, like sunflower hearts, chopped peanuts, beans, corn, he can pick it up, but when he is ‘chewing’ and tries to swallow it, it always drops on the floor. Therefore I always cut them into tiny pieces, so that he could pick up and swallow. He has no problem eating tiny seeds. I have try to hand feed bigger seeds by putting it directly into his mouth, he has no difficulty in swallowing them at all, it seems like the bigger seeds always slip out from the side!

While Cake is much younger but is already able to pick up and swallow a whole piece of sunflower hearts.

Is this something I should worry about?

Joined 7 d ago
·
5 Posts
P.S
I have been giving Harker’s Wonder Pigeon Dietary Supplement to both of them.
Ice-cream is also treated with Harker’s 4 in 1 Soluble a few weeks ago. I have also sent Ice-cream’s poop sample to the vet before and the result says that it shows no signs of parasites infection as well.

Joined Apr 23, 2016
·
906 Posts
The quote below is regarding crooked keel bones in chickens, but I take it as a good indication that you can rest easy about the keel.


Thank you so much for your reply.
I have also noticed that Ice-cream’s left wing is dropping when he is standing, Will this possibly be a sign of any injury then? It’s the same side where I noticed the bent, which is also bending to the left.

Joined Apr 23, 2016
·
906 Posts
Are the bird's shoulders even when looking at him from the front? If not and consistently uneven, then there are a couple of possible reasons: physical, or infection affecting the joint. If the bird has no other symptoms of illness then it isn't likely to be infection. The left wing looks like it might be out-of-joint, but I can't really tell from the photos. Noticeably uneven shoulders would be an indication that it's out of socket (called luxation in vet terms.) There isn't much to do about that other than external bandage (coaptation) with the goal being to immobilize the wing in the correct position and hold it in place with a loop of the wrapping material around the bird's torso / keel bone -- but gently and loose enough for two fingers to fit under the wrap against the bird's body so that he is able to breathe, eat, and move without interference from the wrap. Don't wrap the wing itself too tightly either, as it can cause issues such as calcification of the joints. 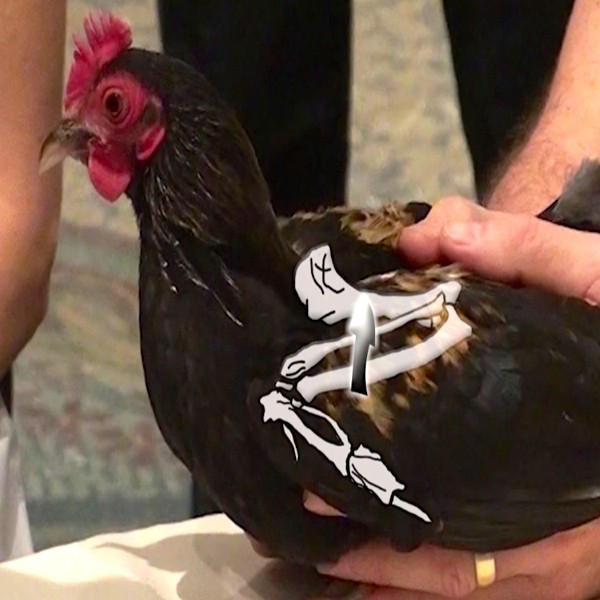 Here is how he looks from the front. His droppings looks normal and he is eating okay. He weights 278G today, which dropped slightly, his weight sometimes go up to 300g or drop to 270g. I make sure that his crop is full everytime I feed him, so I’m not sure if this is count as a sign of any illness?
In this case, should I wrap his wing or do you think I should just observe him for a few more days? Do you think I’ll have to bring him to the vet as well?

thank you soso much for your advices, I really appreciate it 🙏

Joined Apr 23, 2016
·
906 Posts
That definitely looks too low from the shoulder. If he is consistently holding it like that, you should wrap it. He still has another 3 months to maturity, and it would be better for his development to be as close to normal posture as possible.
1 - 8 of 8 Posts
Join the discussion
Continue with Facebook
Continue with Google
or sign up with email
About this Discussion
7 Replies
2 Participants
Last post:
Doves Witness 7 d ago
Pigeon-Talk
A forum community dedicated to pigeon owners and enthusiasts. Come join the discussion about breeding, shows, racing, performance, health, behavior, housing, adopting, care, classifieds, and more!
Full Forum Listing
Explore Our Forums
General Discussions Sick or Injured Pigeon and Dove Discussions Archive - General Discussion Homing & Racing Pigeons I found a pigeon or dove - now what?
Recommended Communities